Science has never been more important to our health and environment. A proposed federal rule would limit its use.

Listen to the science.

That's the message health experts are sending—over and over—as we all work to respond to the COVID-19 pandemic. But at a time when science should be front and center and the basis for all decisions, the Environmental Protection Agency is pushing through a proposed rule that would limit the government's use of science to regulate dangerous pollution.

CBF and others in the health and science communities have been fighting the "secret science" rule since the Trump administration first introduced it in 2018. The official title of the proposal, Transparency in Regulatory Science, is, to say the least, deceiving.

Of course, we all want federal policies based on the best available science, with clear knowledge of how studies were conducted and by whom. But this proposed rule would actually restrict the types of science EPA can consider when it develops regulations that are supposed to protect the environment and our health. One key provision would disallow the use of scientific studies that don't reveal underlying data, such as the identity of participants.

Health studies often protect this information for privacy reasons. In fact, EPA itself and many in the scientific community have long held the view that protecting the identity of participants is essential to their participation.

Without the use of these studies, it will be much harder for the federal government to demonstrate that health benefits (like reducing instances of asthma and other illnesses—and ultimately saving lives!) outweigh the costs of regulating industry. That means that studies like Harvard's seminal 1993 Six Cities Study, which definitively linked premature deaths to air pollution, would not be allowed to inform federal programs aimed at reducing air and water pollution.

What Does This Mean for the Bay?

The consequences for the health of the Bay and those of us who call it home could be devastating. If the rule is approved, it could:

A Rushed Proposal at the Worst Possible Time

The federal government's regulatory process, as established under the Administrative Procedure Act, requires agencies to give the public an opportunity to comment on proposed rules.

EPA received over 600,000 comments in response to its original "secret science" rule proposal—the vast majority of which criticized the measure. On March 18, the agency announced a supplemental proposal that expands the breadth of its approach, triggering another comment period. This time, however, the agency only allowed for a 30-day comment period and did not schedule any public hearings.

After President Trump declared a national emergency on March 13 concerning the COVID-19 outbreak, CBF and many other organizations asked the federal government to pause comment periods on all federal regulations (except those that are a direct response to the pandemic) until the emergency declaration is lifted. 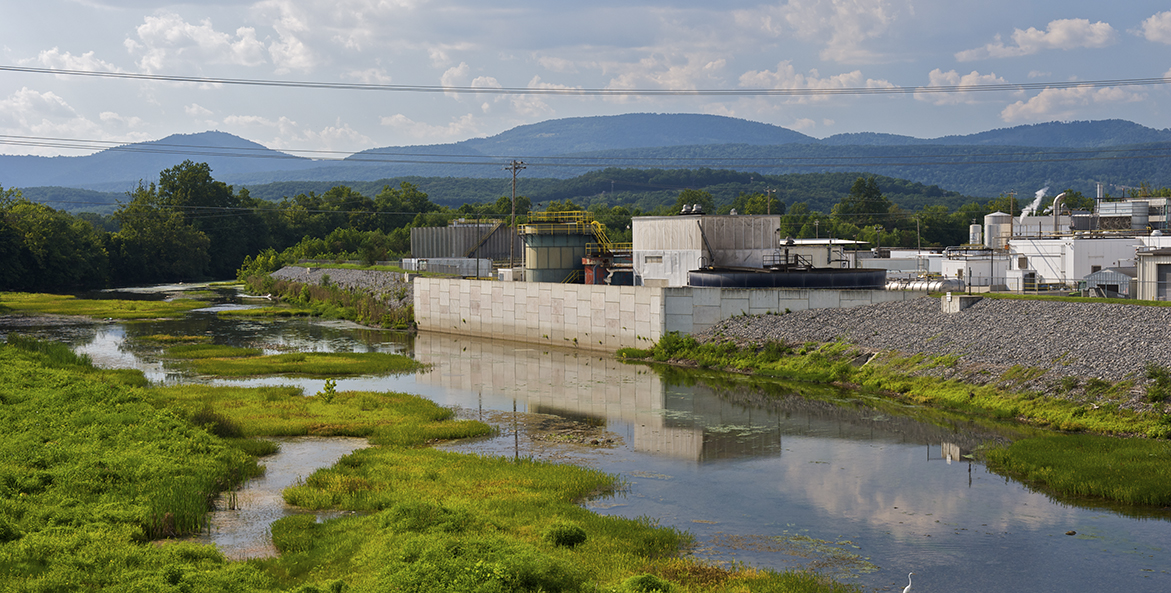 The Pilgrims Pride poultry processing plant beside the South Fork, South Branch of the Potomac River in Moorefield, West Virginia. Scientific studies are critical for the development of federal regulations that limit water and air pollution from factories and other sources.

While the agency originally refused to extend comment periods, saying that there were no barriers to participation since regulations.gov was fully functioning, on April 2 Administrator Wheeler announced that EPA would extend the comment period for the secret science proposal to May 18. Even under normal circumstances, a 60-day comment period without public hearings would be insufficient for a regulation as important as the "secret science" rule. Now, many people that live and work within the Chesapeake Bay watershed simply do not have access to the technology necessary to respond remotely to regulatory notices and will be unable to attend meetings and collaborate with co-workers and experts on these issues. More importantly and understandably, many will be consumed with taking care of themselves, their businesses, families, communities, and neighbors for the foreseeable future. Unfortunately, there is no set date by which we can all be assured that the worst of the impacts are behind us.

In addition, EPA's ad hoc approach to extending—or not—comment periods for all of its other regulatory proposals doesn't square with the "flexibility" it is showing to polluters. The agency issued a memorandum—with a retroactive date of March 13—announcing that it would not take enforcement action against entities that claim, due to COVID-19, to be unable to comply with their obligations under federal law, federal permits, EPA administrative orders, and judicial consent decrees involving the agency. There is no deadline for this policy, it simply states that it will be applied "during this time."

This inconsistent approach to proceeding or delaying comment periods actually makes it harder for citizens to participate. They can't be expected to monitor the proceedings during this unprecedented time, including EPA's decisions to extend comment periods seemingly on a whim.

One reason the administration is hurrying to finalize the "secret science" rule is the Congressional Review Act. The law allows Congress to overrule regulations issued by federal agencies if it acts within 60 legislative days. If EPA waits too long to finalize the rule, it runs the risk of this review occurring in the next Congress—after November elections that could result in Democrats have a majority in both the House and Senate.

Rushing proposals through—particularly those that will have a great impact on human health—for political reasons, while relaxing enforcement standards, is irresponsible. The agency's actions are not only inconsistent; they turn a blind eye to the tenets of the regulatory process.

What Can We Do?

CBF is preparing comments and will submit them to regulations.gov by May 18, 2020. We invite you to join us in opposing this regulatory rollback and send your own comment letter urging EPA to withdraw this harmful proposal.

This impacts all of us who live and work within the Chesapeake Bay watershed. Let's make sure the federal government has the building blocks it needs to establish regulations that protect our health and this national treasure.

Tell EPA: Fulfill your mission to protect human health by safeguarding the air we breathe, water we drink and land on which we live. Listen to the science.