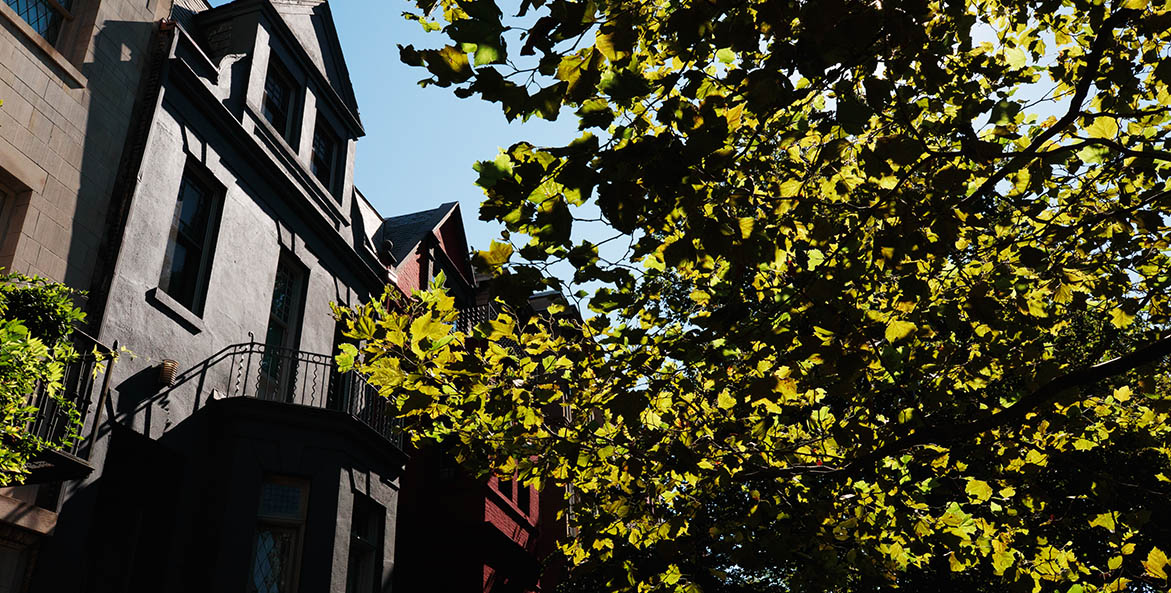 What does water quality have to do with heart disease, stress, and memory? More than you may think!

It turns out, an environment that is healthier for the Bay is also healthier for us. When we plant trees, conserve forests, reduce air pollution, and grow food using regenerative agricultural practices, we improve water quality. But we also help lower blood pressure, boost mental health and learning, cultivate beneficial digestive microbes, and even strengthen community bonds.

The same practices that restore the Bay also...

As farming and food systems have changed over the past century and a half, so too have diets—often in ways that are detrimental to our health. Poor diets are now the leading risk factor for disease globally. Approximately one in five children and one in three adults struggle with obesity in the United States, according to the Centers for Disease Control and Prevention (CDC). Obesity increases risk for three of the country's leading causes of death: heart disease, Type 2 diabetes, and stroke. There is evidence that farming practices themselves are partly responsible for reduced nutrition and negative health effects. A loss of soil health and a reduction in the diversity of crops grown has resulted in a decline of the micronutrient content of foods. Similarly, the loss of diversity of the soil microbiome has contributed to a parallel loss in diversity of the microbiome of the human gut, the functioning of which scientists believe is related to many noncommunicable illnesses. Shifting agricultural practices to those that build healthy soils is essential to the health of the Chesapeake Bay and, research suggests, to our own.

Restore Our Bodies and Brains

Modern urban lifestyles are linked with increased risk for chronic diseases, due largely to changes in diet, declines in physical activity, and increased stress. Urbanization is also a leading cause of water pollution due to the loss of forests, wetlands, and open areas and the expansion of impervious surfaces such as buildings and roads. Polluted runoff from urban and suburban areas and septic systems are the only sources of pollution to the Chesapeake Bay that are still growing. Conserving forests and open spaces and creating carefully designed greenspaces in cities can help on both fronts.

Research in this area is still evolving, but the signs are promising. In Philadelphia, Pennsylvania, for example, researchers estimated that the city's goal of increasing tree canopy cover to 30 percent by 2025 could prevent more than 400 premature deaths annually.

Other studies have suggested we have mental and physiological reactions to greenspaces, even in as little as 10 to 20 minutes. The levels of our stress hormones drop, heart rate and blood pressure declines, and we are more likely to report feelings of good health.

In addition, there is also evidence that greenspace can contribute to a broader measure of community wellbeing, called social cohesion, a measure of connection and trust. For example, a study of residents in public housing buildings found that those who had access to common spaces with more trees and grass were more likely to use those spaces and form social ties with their neighbors, which was in turn related to their sense of safety.

Air pollution contributes one-third of the Bay's nitrogen pollution. It's also linked to respiratory diseases, such as asthma and bronchitis, cardiovascular disease, reproductive health, and even cancer. Fine particulate matter (PM2.5) is especially dangerous because the tiny particles of chemicals and dust can penetrate deep into our lungs. It has been associated with impaired blood vessel function, risks to brain development in children, low birth weights, and accelerated memory problems in older adults. 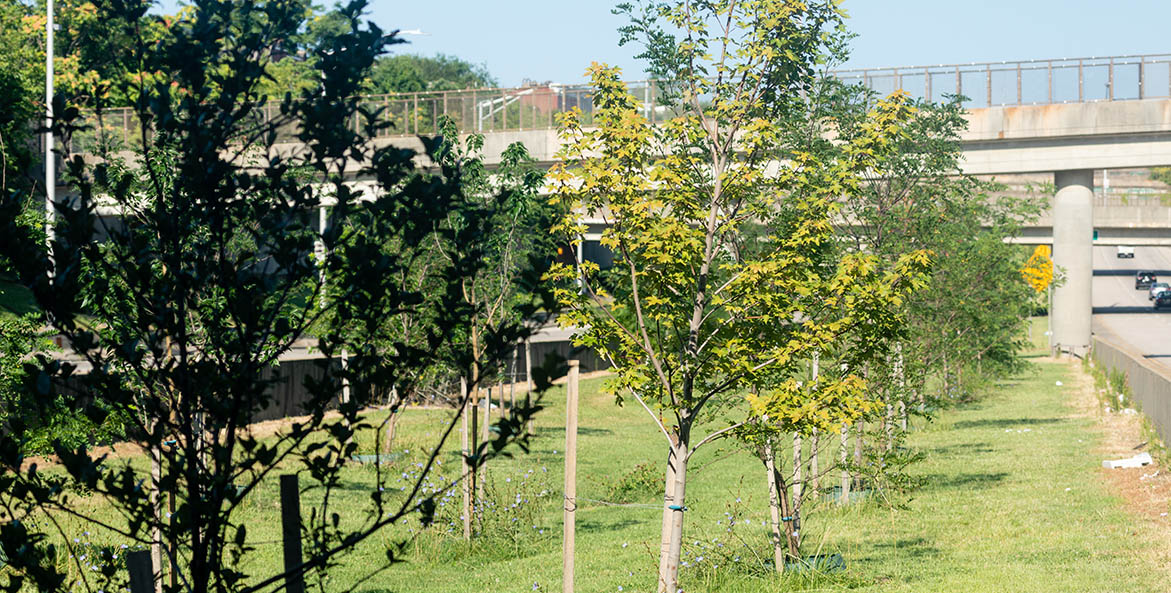 The right kind of trees planted in the right places can help. Researchers who looked at 10 U.S. cities—including Baltimore, Maryland—found urban trees remove between 4.7 and 64.5 metric tons of PM2.5 from the air each year, an estimated annual value of $1.1 to $60.1 million, depending on the city. Air regulations are also key. Ozone and particle pollution have declined 77 percent in the United States since passage of the federal Clean Air Act in 1970. But the American Lung Association estimates more than 135 million people still live in areas with unhealthy levels of these pollutants, and people of color are more than three times as likely as white people to be breathing the most polluted air.

An average of 702 heat-related deaths and more than 65,500 emergency room visits occur each year in the United States, according to the Centers for Disease Control and Prevention (CDC). Trees are an antidote. A study of urban trees in Toronto, Canada concluded that increasing neighborhood tree canopy above 5 percent can reduce heat-related illness by 80 percent, while reducing a neighborhood's hard surface area below 75 percent can cut heat-related illness by 75 percent. In the United States, researchers estimate urban tree cover helps avoid approximately 245 to 345 deaths annually. When coupled with the benefits of reduced electricity consumption, that's a service worth an estimated $5.3 to $12.1 billion per year. In the Chesapeake Bay watershed, trees can be a powerful tool for both reducing polluted runoff and cooling our increasingly hot cities. For example, a 2019 study that looked at heat variations in Richmond, Virginia found that certain neighborhoods are as much as 16 degrees Fahrenheit hotter than other areas. The researchers found the hottest neighborhoods today are the same neighborhoods once redlined under racially discriminatory home lending practices in the mid-1900s. CBF and local partners in Richmond are undertaking a major new initiative to plant more than 650 new trees in neighborhoods like these through the Greening Southside Richmond Project.

Researchers over the past few decades have documented a significant link between the outdoors and improved student learning. A review of the scientific literature, published in 2019 in the journal Frontiers in Psychology, found that "converging evidence strongly suggests that experiences of nature boost academic learning, personal development, and environmental stewardship."

Various mechanisms may be at play. Studies included in the review suggest students in nature benefit from improved attention, reduced stress, more physical activity, and the fostering of creativity and autonomy. "It is time to take nature seriously as a resource for learning—particularly for students not effectively reached by traditional instruction," the researchers conclude.