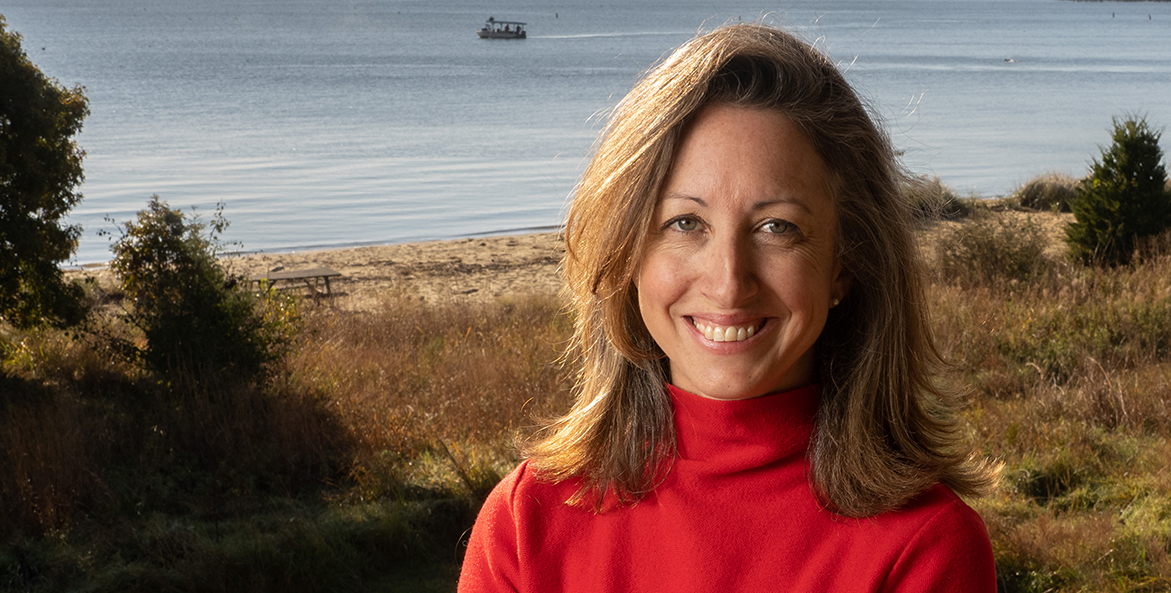 Hilary Harp Falk, a proven expert in large-scale ecosystem restoration, leading organizational change, and coalition building, is CBF's next president and CEO. She succeeds William C. Baker, who began working for CBF as an intern in 1976 and has been president and CEO of the organization since 1981.

Falk comes to CBF from the National Wildlife Federation (NWF), where she was Chief Program Officer leading and integrating all national and regional programs while serving as strategic advisor to the CEO. Previously, Falk was the NWF Vice President for Regional Conservation, responsible for leading the organization's seven regional offices with a focus on regional growth and strategic plan implementation.

Her Chesapeake roots are deep. Falk began her career in environmental conservation as an intern with CBF in 1997. Upon graduation from Franklin and Marshall College in 2001, she returned to CBF and spent three years at the Port Isobel Island Education Center teaching students of all ages—children, teachers, farmers, and decision-makers—about the Bay and its ecologically sensitive island communities. 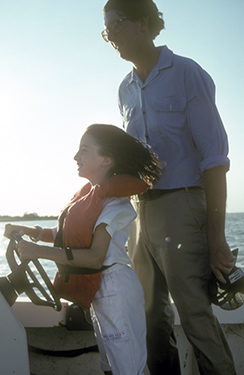 "My lifelong interest and commitment to conservation began by assisting my father, a professional photographer, on assignment. Although he took a diversity of photos, his favorite ones—and mine—were on the Chesapeake Bay trekking through soft shorelines and messing about in boats," Falk says. "I fell hard in love with the Bay at a young age and knew then that I would spend my life protecting the environment."

Her rise to national conservation leadership included serving as NWF's Regional Executive Director for the Mid-Atlantic and Director of the Choose Clean Water Coalition, bringing together more than 200 advocacy organizations to protect and restore the Chesapeake Bay.

Throughout her career, Falk has championed women's leadership and equity in the conservation movement. She was a 2016-2017 fellow with the International Women's Forum and co-chaired the National Wildlife Federation's Women in Conservation Leadership Advisory Council. Inside NWF, Falk led the implementation of the organization's foundational 2018 strategic plan and worked for a more equitable and inclusive workplace.

The national search for CBF's new leader included more than one hundred candidates.

Strong leadership skills, a commitment to equity in the environmental movement, and a devotion to following the science to restore the health of the Chesapeake Bay made Hilary Harp Falk the clear choice for leading CBF during this critical time.

"Hilary has the experience and wisdom necessary to continue the work that CBF launched 55 years ago to save this national treasure," says CBF President William C. Baker.

CBF continues to demand implementation of the science-based Chesapeake Clean Water Blueprint. It outlines the pollution reductions necessary to ensure clean water for future generations. And it's working—less pollution is entering our waterways and underwater dead zones are shrinking. But the system remains dangerously out of balance, and significant challenges remain, including climate change and states behind schedule on making pollution reductions. Currently, CBF is suing EPA in federal court for not holding the states, particularly Pennsylvania, accountable for their cleanwater commitments.

"Today, we stand at a crossroads for Bay restoration. Finishing the work of the Chesapeake Clean Water Blueprint by 2025 and leaving a restored Bay to our children and grandchildren is possible. But it is not certain," Falk says. "I am humbled and honored to now be charged with leading this prestigious institution. Together, we will build a future that brings people together for clean water and a healthy Bay."

Falk lives in Annapolis, Maryland, with her husband and two children.