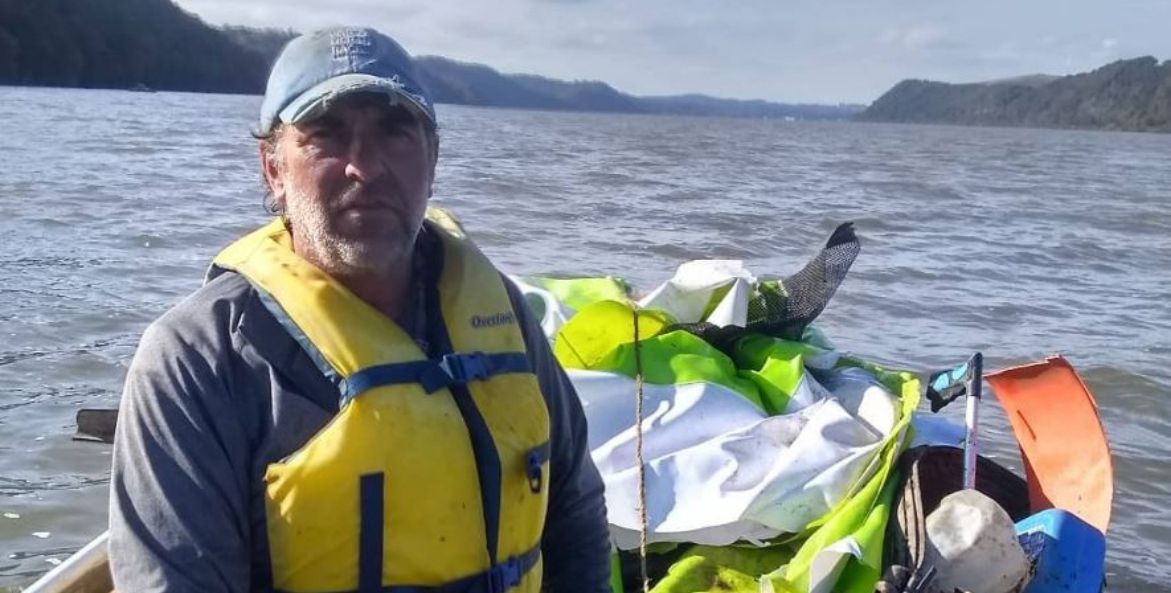 Time on the Susquehanna River has been picking up for John Naylor.

Since he started counting in 2018, Naylor has pulled more than 20,000 plastic bottles and bags, 250 tires, countless plastic lighters, and other trash out of the river.

On his own, Naylor’s largest single-day haul was 500 plastic bottles. In 2020, he filled three dumpsters by July.

“I’m doing what I can in my own backyard,” the 57-year-old York, Pennsylvania, man says. “I love being in the outdoors and on the ancient river. But I see water quality issues and challenges and want to expose it to those who can do more than I can.”

Naylor says he has hated plastics since high school. In fact, he started a stretch wrap recovery program where he works at the Starbucks roasting and distribution facility in York. Instead of throwing away harmful stretch wrap where it might end up in our rivers and streams, Naylor organized a way to recover and reuse the stretch wrap.

In time, plastics begin to break down into smaller pieces, until what often remains are microscopic synthetic chemical compounds or microplastics. Microplastics are tiny bits less than 5 millimeters in length (or about the size of a sesame seed). Many aren’t visible with the naked eye.

These tiny particles and many of the chemicals attached to them often pass-through sewage treatment plant systems, septic systems, and drinking water filtration systems. Preliminary studies on human cell cultures and in rodents have observed cellular inflammation and damage, as well as certain immune system reactions to microplastic exposure.

Researchers found that chronic exposure to microplastic fibers causes serious damage to fish gills and changes in egg production in female fish, indicating that the fibers affect their hormonal systems.

Naylor’s love of nature developed during his early years fishing and exploring the Susquehanna River and the Chesapeake Bay with his father. Now, he’s doing his part to clean up the waters he has grown up loving.

“If I can make an improvement along a small section of the river and see an eagle fly by, that’s not a bad day,” he says.

Naylor has coordinated with the Lower Susquehanna Riverkeeper since the late 1990s when he pulled debris out of Codorus Creek in York.

Now, Naylor spends a couple of days a week hanging out on the river, focusing on the York-Lancaster Counties section. He would like to do more plastic picking in the Harrisburg area. He has a flotilla of five canoes and a small jonboat he uses to haul trash.

Naylor has to do a lot of wading to pull trash from the river, and safety is important. His tetanus shot is up to date. Although volunteers sometimes join him, he doesn’t encourage novices to try it. 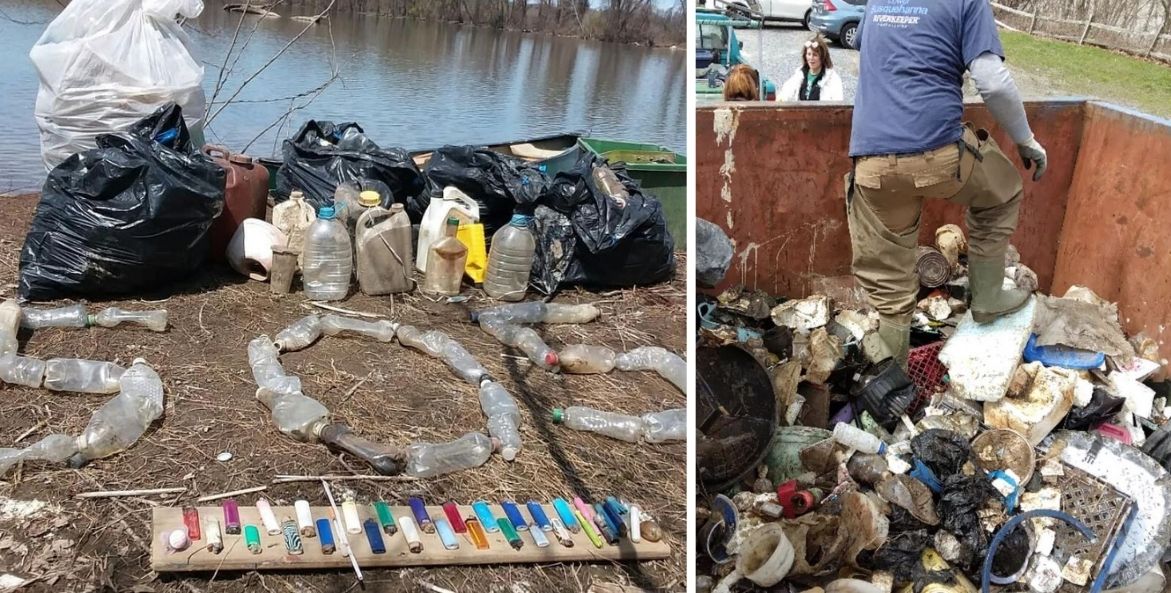 Since he started counting in 2018, Naylor has pulled more than 20,000 plastic bottles and bags, 250 tires, countless plastic lighters, and other trash out of the river.

A bowling ball and hypodermic needles are among the strangest things Naylor has found in the river. Baby dolls discovered after they have tumbled down the river are the creepiest.

Among his peeves is a toss-up between the sheer number of plastic water bottles and bags, and jugs of used motor oil that he finds in and around the river.

After they are collected, Naylor’s pickings are taken to the York incinerator, converting trash to energy. He gets no financial compensation for his efforts. “This is a communal thing,” Naylor says. “We have waste haulers who are doing it for us, people allow me to use their yards to pull my boat in or give me rides back to my car.”

Others have taken notice. Naylor’s effort has drawn almost 1,200 followers on Instagram where he posts photos of every trip.

“It is about enjoying nature and leaving the river better,” Naylor says. “I hope what I do is like the ripple effect of a stone thrown into a pond.”

Naylor’s goal has been to remove 26,400 single-use plastic bags and bottles from the watershed. That’s how many plastic water bottles are on each Starbucks truck. Although he is approaching his goal, it sounds like he doesn’t plan to stop there.

Learn more about John Naylor’s heroic plastic-picking efforts in the Save the Bay magazine.