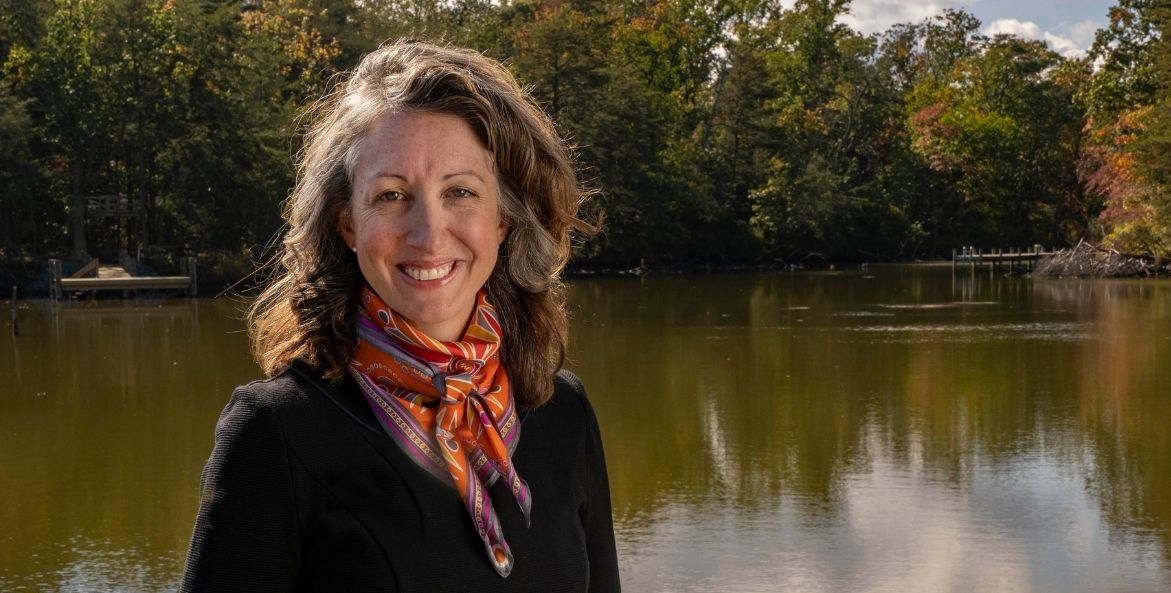 CBF President and CEO Hilary Harp Falk shares a new look at Bay restoration after an insightful first few months on the job.

I met Ron Holter earlier this spring on his farm in western Maryland. Twenty-five years ago, he started making changes to the conventional dairy—converting cropland to pastures, planting trees along streams, and building the health of the soil.

The farm is gorgeous. But what struck me most was hearing how the changes on the farm changed Ron’s own life. He described Christmas mornings spent with his family that he previously spent attending the animals. He didn’t worry so much about unpredictable weather and drought, because the farm could better withstand it. He was excited about all the carbon the landscape captured.

What happens on land like this will determine the Bay’s fate, and the fate of the thousands of rivers and streams that feed it. It will also determine our fate, as individuals and communities who depend on clean water for our own quality of life, livelihoods, and regional identity. Holter’s farm is the very best of Bay restoration. Having worked on some of our country’s trickiest environmental challenges during my time at the National Wildlife Federation, I’m convinced it’s what the future of conservation looks like. We need more of it.

For one, farms like Holter’s represent how much we’ve already achieved. Decades of advocacy and community outreach by CBF and so many partners who make up the Bay restoration movement have convinced landowners, businesses, and political leaders that investing in clean water is worth it. It’s why we’ve been able to cut pollution to the Bay by a third, even as the watershed’s population grew by half.

It also represents what we need to fully implement the Bay’s long-term restoration plan, the Clean Water Blueprint, by its 2025 deadline. The Bay can’t function ecologically without reducing pollution to the Blueprint’s scientifically determined targets. And we can’t achieve those targets without drastically reducing pollution from agriculture. Farms like Holter’s show us it can be done, if only we take urgent steps to significantly increase resources to farmers.

There’s something more, too. In the past five months, I’ve spent a lot of time listening to CBF staff, meeting with our partners, and seeing the watershed anew. What I heard, and experienced in places like Holter’s farm, is a movement ready to create the future: a watershed that is vibrant and healthy ecologically, but also places people at its heart and is resilient to long-term challenges. What does it mean to save the Bay in an era of climate change? Who are we saving it for, and how can we include those who’ve been ignored and excluded? How can we apply both social and environmental science to ensure nature and people thrive together?

These are the exciting questions animating our work. If we accept them as the great opportunity they are, and meet people where they are, we will create a movement and watershed that work for us and for nature.

Take a look at other interesting stories from our spring 2022 Save the Bay magazine.